They are called many things: tachometers, tachos, tach-generators, pulse generators, resolvers, encoders, incremental encoders, absolute encoders, rotopulsers, selsyns, the list seemingly goes on and on. How does the metals industry electrical professional know what all these devices are and what kinds he has or needs? In the first of a three-part series, this blog will introduce the main metals industry rotary motion sensors, speed and position.

This is the block diagram of the basic metals industry control system. The sensor is a measurement device that provides the necessary feedback of the controlled variable.

Later, resolvers were developed to directly sense position without the motor-like maintenance the selsyn required. A resolver: 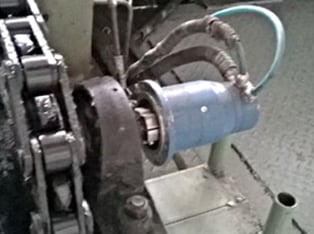 Interested in regular updates about rotary sensors in the metals industry, including the pros and cons of tach-generators, incremental encoders, selsyns, resolvers and absolute encoders? Sign up for our blog using the "Subscribe to Email Updates" box to the right.