Get Rid of the Claptrap!

Rotary encoders can have their own reliability problems.  So how can you eliminate items around the encoder that decrease reliability on your drilling equipment?

Equally important, how can you do so without losing the encoder safety certifications necessary for your equipment to operate safely in hazardous areas?

Big deal, a vendor's got a line of encoders, so does everyone else...right?  Well, the family of Avtron rotary quadrature (incremental) hazardous duty encoders has some key features that will help you get rid of the unreliability around the encoder.  This family also has features built into it that increase the encoder's reliability, too!

Let's look at some problem claptrap areas around encoders, and see how Avtron encoders can be used to solve these problems:

Everyone's been using (timing) belts and pulleys and sprockets on drilling encoders forever.  Why?  Because rotary encoders (especially hazardous duty rated units) used to only come in little housings, with little shafts.

So you end up with configurations that look something like this on many top drives, where the H25 symbolizes a wide range of light duty optical rotary encoders.  These units were belt-driven, off axis: 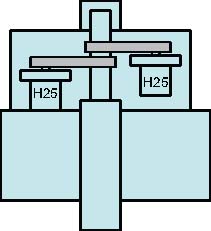 Why were there 2 encoders?  Because the encoder and belt failures meant that you hoped that you had one encoder out of two working at any given moment.

Why were they belt-driven?  The little shafts of the encoders couldn't be connected to the main shaft in any other way.  Couplings were tried, but the stress on the tiny encoders would destroy them immediately.

But think of those timing belts working under the same high vibration, high axial movement scenario.  You realize the belts themselves are a serious concern (not to mention the tiny encoder bearings with that big side load)

Now let's look at how an OEM took advantage of the Avtron encoder no-bearing configuration to greatly simplify his design.  In the process, he was able to greatly increase reliability:

1.  This top drive XR5 incremental encoder has no belts at all.

2.  The rotor mounts directly to the main shaft.  No additional parts are needed.

3.  The encoder has no bearings, no mechanical moving wearing parts.

4.  The electronic parts of the encoder are fully potted in a solid brick of plastic in a cast aluminum housing.  Super rugged.

5.  The entire XR series of encoders is protected from wiring errors.

Let's look at some other areas of potential improvement in belt-drive:

Here the OEM faced the problem of passing a 2" hollow shaft through an encoder.  The resulting configuration is very mechanically complex.  First, there is the belt system, then there is a separate bearing system, and finally, they added a hollow shaft encoder (with its own tiny bearings!) to the system.  Lots of complexity, lots of hardware, lots of places to fail. 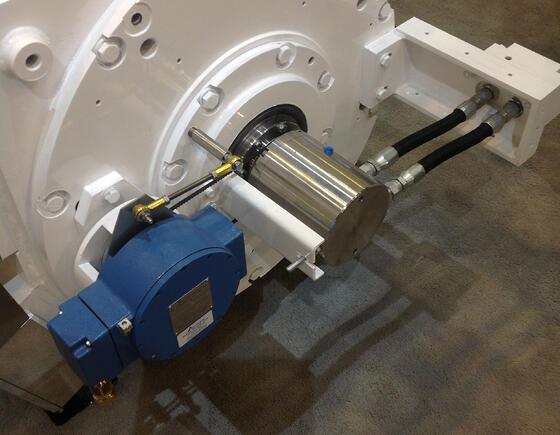 The OEM did use a heavy duty Avtron M6 encoder, but we had a better idea.  By using the XR125 encoder, he could mount the rotor directly on the motor shaft, and pass the shaft through the encoder rotor and housing.

Far fewer mechanical parts to fail, and no encoder bearings to wear out!  Super-durable. Bolts directly to the motor housing.  Yes, you can stand on it! 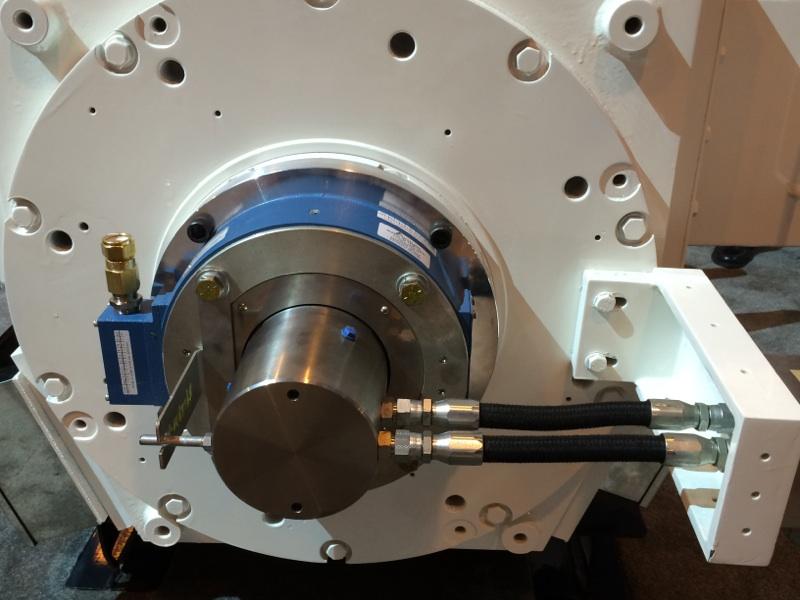 Now that you've seen a few examples, you can imagine how your own drilling equipment would benefit from eliminating belts, bearings, pulleys, couplings, and any other mechanical parts around the encoder.